Favourite Christmas traditions in Germany include a visit to one of the various Christmas markets (Weihnachtsmarkt), baking yummy cookies, and decorating the home with candle arches, twigs and wooden pyramids.
But there are many more traditional customs that make Advent and Christmas a very special time of the year. 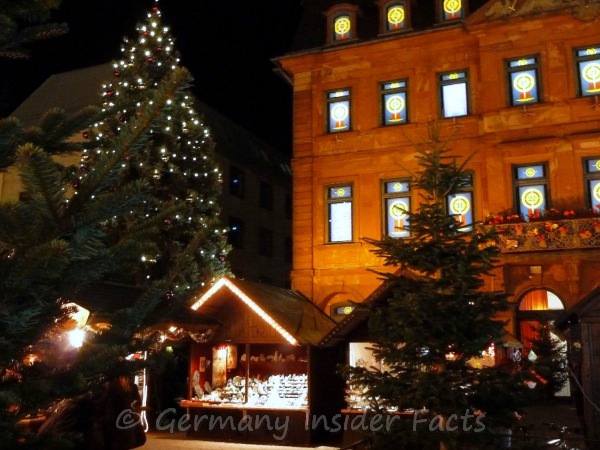 Weihnachtsmarkt in front of the town hall in Hanau

Although Christmas (Weihnachten) has become very commercialised since I was a child 60 years ago, the magic of Christmas is hard to deny if you grew up with all the wonderful traditions. Weihnachten has still a deep meaning for us Germans and especially for families with children. As soon as the kids open the first window on their Adventskalender, they are held in joyful anticipation.

What you find on this page - Table of Content (Toc) 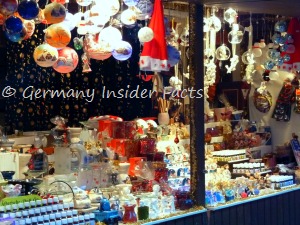 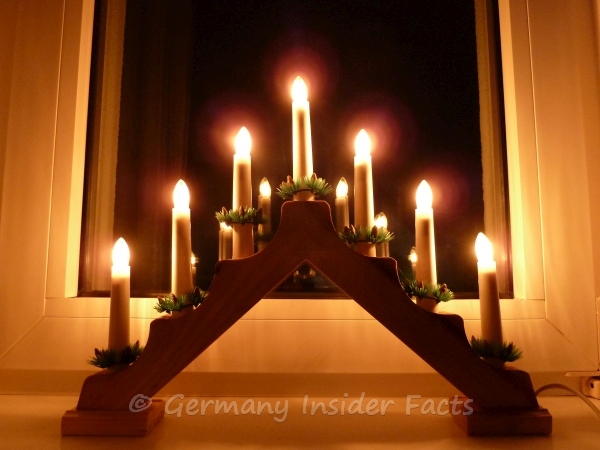 The first Advent Sunday is the fourth Sunday before Christmas Day (25th December). An Adventskranz (advent wreath), usually made of fir twigs, decorated with small stars, ribbons, fir cones and four candles, can be found in nearly every home. In the first week only one candle is lit, the second follows on the second Advent Sunday, and so on.

Advent is the time when houses smell of freshly baked cookies, Stollen and candles. The kids do handicraft Christmas decorations or small presents for the parents.
Of course the kids love to help with baking traditional German Christmas cookies, and pinch a few of the fresh goodies.

It is also common that children write a letter to the Christkind or the Weihnachtsmann with their wishes for the gifts they hope to see under the Christmas tree.

Click to buy the beautiful calendar above from Amazon.

An Adventskalender (advent calendar) also belongs to German Christmas traditions. In former days it was a simple painted cardboard with 24 windows, or doors, to open. Behind each window was a Christmas themed picture.

These days, Advent calendars often contain a piece of chocolate, or a small toy, when you open the window. It is also very common to create an individual advent calendar with 24 small packets or stockings containing a little gift. 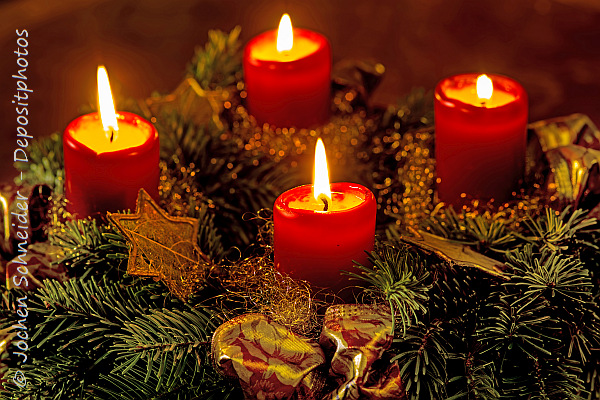 When I was a child, I loved the Adventstunde, it was one of my favourite Christmas traditions in Germany.
The family sat around the Adventskranz singing Christmas carols and nibbling home made cookies. We kids were always very excited and dreamt about the presents the Christkind (Christ child) hopefully would bring on Christmas Eve (Heiligabend).

This is a famous Christmas poem in Germany. Roughly translated it says: Advent, Advent, a light is burning, first one, then two, then three then four, then the Christkind stands at the door.

Another old Advent custom is to cut a cherry branch and put it in vase inside the home on December 4th (St. Barbara's Day). The Barbarazweig will usually bloom at Christmas and brings luck for the following year, and a scent of spring in the dark season.

Saint Nicholas (Nikolaus), Santa Claus (Weihnachtsmann) and the Christ child (Christkind) ... they all bring gifts to children (and adults), either on Nikolaustag (6th December) or on Heiligabend (24th December).

Saint Nicholas of Myra (today Turkey) was a bishop in the 4th century. Very little is known about the historical Saint Nicholas. However, lots of legends and folklore surround the bishop, who is the saint patron of Russia, Croatia, Serbia, children and sailors. He was known as a generous man, a secret gift giver, who put coins in shoes of those who were in need, and he had a great fondness for children. No surprise, he became the model of Santa Claus.

Before the Reformation, Saint Nicholas Day was the day children received their Christmas gifts. Reformer Martin Luther didn't approve the veneration of saints like Saint Nicholas. He "invented" the Christ child, a spirit-like figure with blonde hair and wings like an angel.

My memories from childhood - Nikolaus

Anyway, back to St. Nikolaus who often visited children at home. We kids were always a little worried what he would tell us from his golden book. Mysteriously, Nikolaus had listed our bad behaviour throughout the year in this book. How could he know?
After we promised to be good next year, we had to recite a Christmas poem and jump over the rute (rod, usually a small tree branch) to receive a slight smack on the back with the rod.
Occasionally, Nikolaus was accompanied by his helping hand Knecht Ruprecht, who would take over the job of giving us a smack. 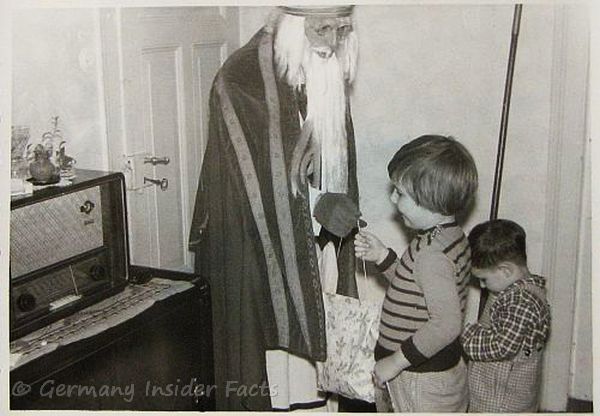 That's me and my brother in the picture, and this was towards the end of Saint Nicholas' visit. We got a bag with sweets, nuts and fruits, at last. My brother still looks a bit guilty, but he got his bag as well :).

In Germany, Nikolaus was originally wearing a bishop's robe and he was a different figure than the Weihnachtsmann (literally translated Christmas man). However, these days Nikolaus and Santa Claus seem to be mingled.

How Christmas in Germany is celebrated these days

Finally, Christmas Eve (Heilig Abend), the day that has held the family in eagerly anticipation for weeks, has arrived.

When I was a child, it was very common that the kids didn't see the Christmas tree (Weihnachtsbaum) before Heilig Abend.
This has changed slightly. Some families decorate the tree together with the kids a day (or even longer) before the holidays to reduce the stress from the working parents. 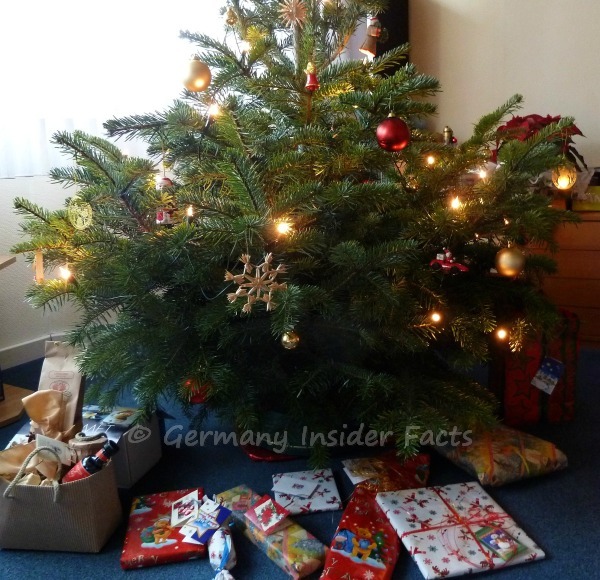 Gifts in front of a Weihnachtsbaum

Although most people don't have to work (except those working at stores and public services), shops are usually open on Heiligabend (24th) until the early afternoon. Then public life in Germany falls quiet. It is a widespread custom to visit the graves of family members in the afternoon, before the Christmas celebrations begin.

When it gets dark, families gather around the Christmas tree, singing Christmas carols (Weihnachtslieder) and share their joy with the gifts that everyone unwraps. Finally, they join for a simple meal around the nicely decorated table.

Later on Christmas Eve many people go to the Midnight Mass or Christmette.

Christmas Day is called 1. Weihnachtsfeiertag and Boxing Day is the 2. Weihnachtsfeiertag. These days are reserved to visit, or invite, grandparents and other family members for a festive meal, or just to stay at home and relax after all the festivities.
Both days are public holidays and shops are closed.

I hope you enjoyed to read about the Christmas traditions in Germany. Frohe Weihnachten.

Now you sure are in festive mood?
Discover more about how we celebrate Weihnachten! 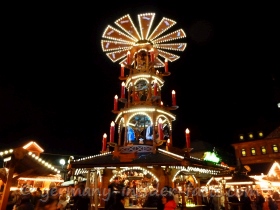 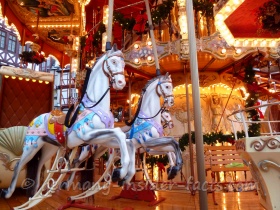 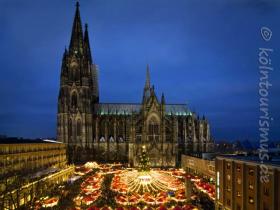 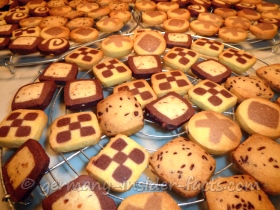 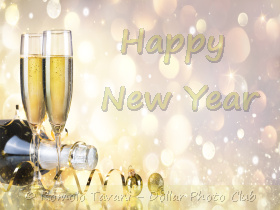